Members of the WRCR Yahoo email list have completed a campaign to raise the funds to purchase a WRCR Memorial Brick in the Colman Library patio at Rockford College.

The brick and other personal bricks were "planted" on Saturday October 11, 2008 during Reunion Weekend. As you can see there is still room for more personal bricks around the WRCR brick. For information on adding a brick, contact Bern Sundstedt at Rockford:

Thanks to Brian and Rose Dubin for these photos.

Click here for a short video of the brick unveiling. 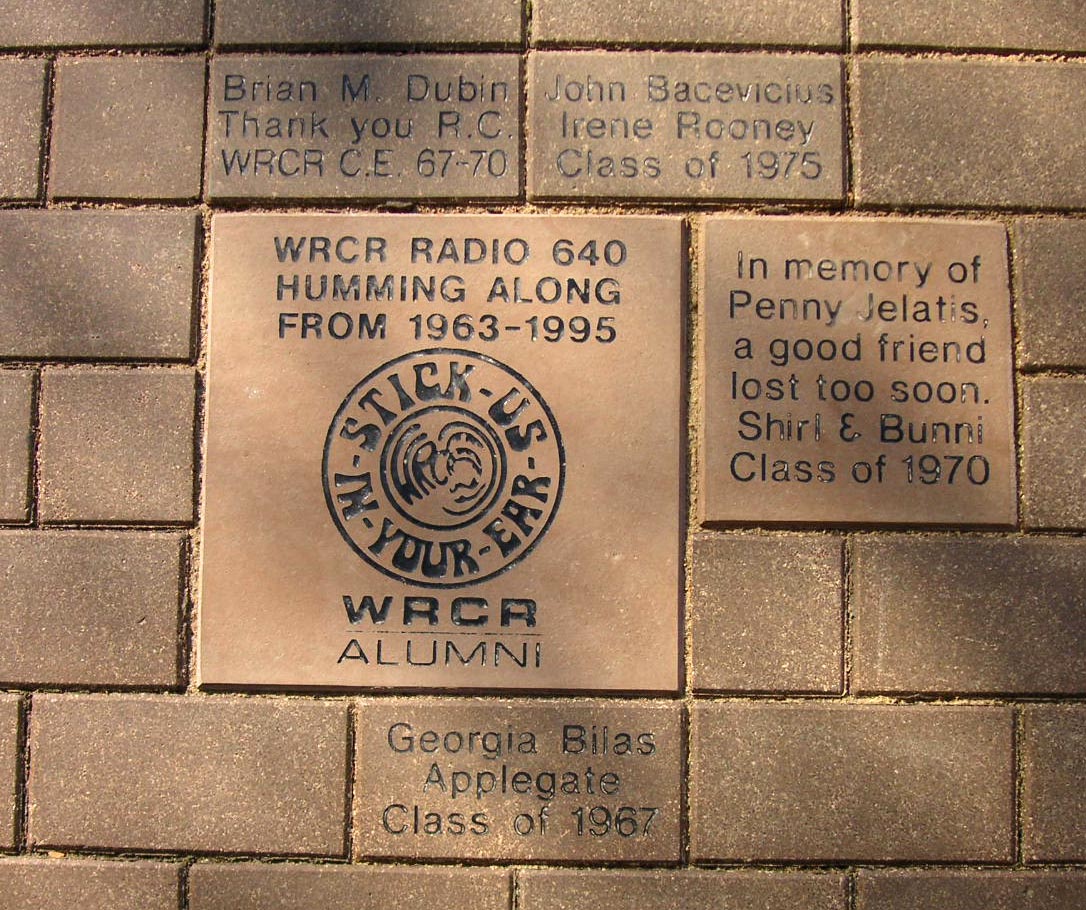 The bricks in place in the Colman Library patio. 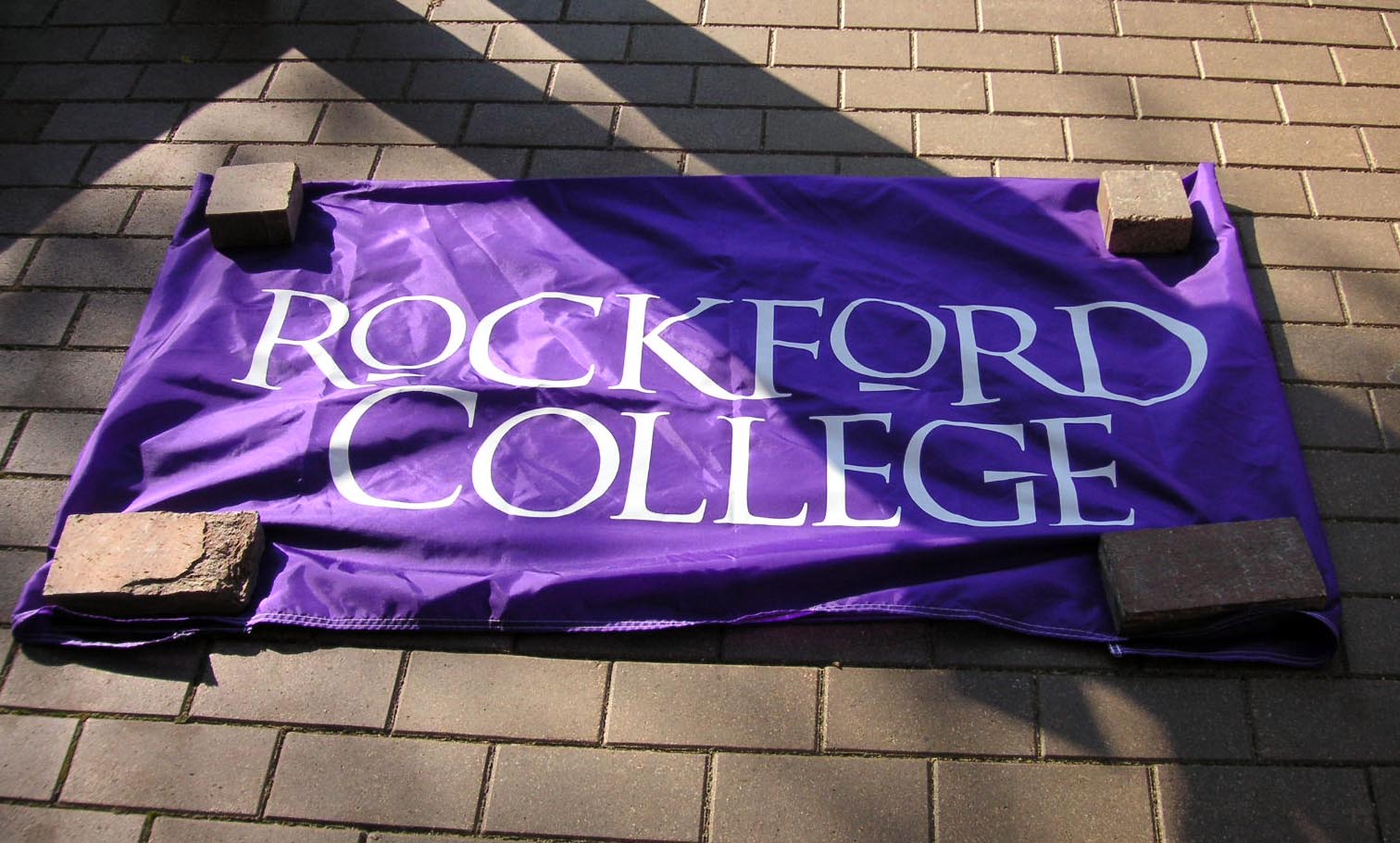 Prior to the unveiling, the bricks were under this RC banner.

Get a copy of Quicktime